Types of a wedding in India | Weddings Junction 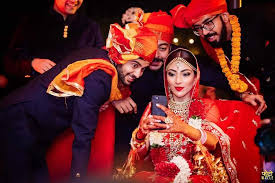 Welcome To The Weddings Junction Which is the Best Wedding Planner in Lucknow, India. We are India’s largest leading wedding planner India. Today, we will discuss Types of Wedding.

Well before discussing on different types of weeding

Let’s talk about marriage, in my opinion marriage is a combo of sweet and sour journey of life. Although every individual person have their own particular thoughts about marriage. Some people’s thought marraige is a friendship that will last forever , some of them take marraige is chance for living their life for their beloved once. However, their is not any single word in which we can describe marraige.

Marriage is the beginning step towards the life. Marriage is a life – long commitment in between groom and bride.❤

Marriage is a great relationship that helps for groom & bride discover a new dimension towards the life.❤

It’s a way for bride & groom who are coming from two different places and making life to come along for walking a new journey.❤

marriage means that in every battle you face, there is someone who takes it as personally as you do.❤

The first type of wedding we will be discussing is about the Chinese wedding. According to their culture, there are many auspicious dates on which the couple can marry.

The bride and groom can consult with the Chinese monk, fortuneteller, or perhaps look into the calendar to find the lucky date.

Most of the time the seventh month in the Lunar year is considered the one when Hungry Ghost Festival takes place. So, the event number dates are much preferable.

in the world is the Australian Unity Bowl at weddings. The primary aim of this tradition is that each person present at the wedding will add colored stones into the bowl.

This means that everyone has brought colorfulness in the life of a newlywed couple. Each family present at the wedding will have a particular color

The couple has to mix the multi-colored stones, which will create a new family

American Wedding has plenty of traditions, which are famous all over the world. We have even seen in the movies some these customs. One of them is to carry the bridal bouquet. The bride has to carry the bunch of flowers as it expresses her emotions throughout the wedding.

Since there are many traditions and styles in America, it is crucial to think over everything.

The couple’s friends also raise a toast with a speech to them. In addition to that, the couple also has to perform three main dances. The first one is with the main couple, second with the partner, and lastly with parents

India is a land of diversity.There are various rituals and traditions existing in the country. The common one is the Var Mala ceremony where the bride and groom exchange the flower garlands to depict about their unity and acceptance.

The ritual is performed throughout the culture of India. Apart, from that,  also find the Haldi ceremony, musical nights, and many more.

Most of the time, red roses are found in the garlands. Else, some of the garlands are of carnations, marigold, and orchids.

Greek Weddings, the rituals begin earlier than the wedding day. Krevati is celebrated in the home of the new couple. The guests will place the money on the couple’s bed. This symbolizes as the auspicious and healthy life to the couple.

The best man will give the ring to the bride and groom and then they exchanged it. In some of the weddings, crowns are also placed on the duo’s head.

In the Javanese tradition, the groom is not allowed to meet the bride for several days until their marriage is official. The night prior to the marriage, the family members from both parties would meet. During the meeting, the groom’s family would bring gifts called seserahan for the bride.

Appropriate Dress. For women, nice dresses, much as you would wear to a wedding at home. For men, a business suit or a long-sleeved.

The traditional of  Japanese ceremony is Shinto-style, performed by a Shinto priest and held at a shrine. The ceremony itself is very formal and usually very private, with only close family and a few guests present. Shiro-muku. Brides who choose a Shinto-style wedding wear a white kimono, called shiro-muku.

A Thai wedding is very traditional and cultural, making it exciting and fun. Before the wedding day arrives, there will be a Buddhist ceremony held during which the couple will pay their respects to bridal ancestry. Most often, nine monks will be present during this occasion, sitting with water in before them.

12 symbols are traditionally present during a South African wedding, and represent what the couple should expect and will be willing to endure during marriage. The 12 symbols are salt, pepper, wheat, wine, bitter herbs, a holy book (such as the Quran or Bible), a broom, honey, a spoon, a spear, a shield and a pot.

Wheat — Representing fertility and the promise of life and land for the couple. Wine — Wine is to symbolise the mixing of the blood of the two families that are coming together

Broom – represents cleanliness of health and well-being, sweeping away the old to make room for the new

Honey – represents the sweet love between the couple

Spear – represents protection of the home and community

Shield – represents honor and pride of the home

Water – purity and dissolution of bad feelings and bitterness.

The pre-wedding part of Nepali weddings is the calm before the storm. Vedic Hindu Nepali wedding rites are extended sometimes over four days, not including the events that come before the wedding day. During the ceremony, multiple gifts are exchanged and blessings are invoked, each in their own ritual.

On the auspicious wedding day, the bride’s family and close friends fast and perform Nandi-shradha and Matrika-poojam, during which the ancestors are honored and worshipped.

The groom is carted to the wedding venue either in a car or a horse-drawn carriage. Occasionally the smaller children of the bride’s side are allowed to join in. Before the Janti, the groom’s side may pray to Lord Vishnu or Ganesh.

Once the groom and his well-wishers arrive at the bride’s house, her family walks around the groom three times and throw Lawa-akshat, or popped and peeled rice, over everybody. They also throw flower petals at the groom.

In the Buddhist tradition, a wedding is less a sacred rite and more a social agreement between the bride and the groom. Typically Buddhist couples will have a Civil Ceremony at a marriage registrar’s office and then go to a Buddhist monastery for a blessing. Monks chant from Buddhist sacred texts. It is solemn and all who attend must remain quiet and respectful. Afterward, the couple leaves. Confetti and rice aren’t thrown, as per Buddhist tradition of formality.

Get updates and learn from the best 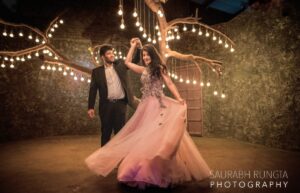 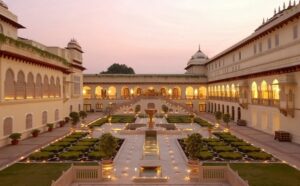 💏💃💓_Picturesque Location for the Epic pre-wedding shoot in Agra_💏💃💓

Weddings Junction is India’s largest Wedding Planning Website Where You Can Select the Best Wedding Vendors with a comparison in price and reviews in just one click. In this, you can hire the best wedding planner in India, Top photographers, Top Wedding Decorators, and all kinds of best wedding services. Weddings Junction will give you a perfect solution for your wedding day. With a checklist, detailed vendor list, inspiration gallery, and blog – you won’t need to spend hours planning a wedding anymore.

Call Us
WhatsApp Us

If you are getting married & need help: